Reusing building materials: It’s a win-win for the entire industry 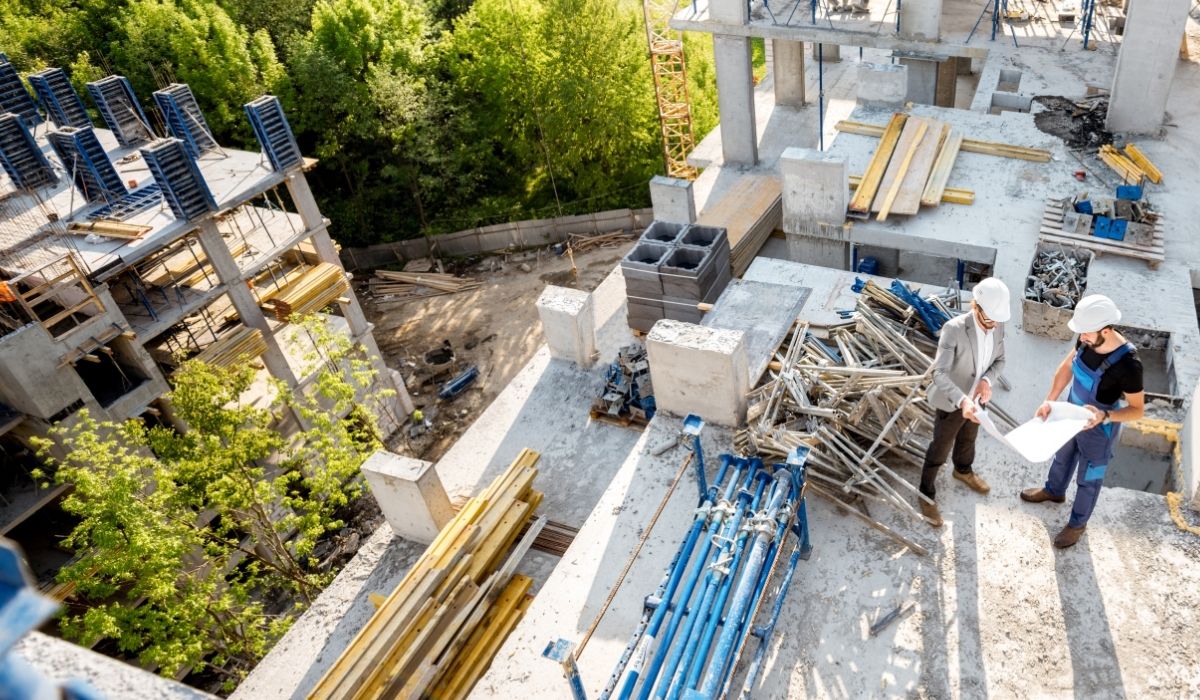 It is possible to build without waste. Resirqel knows this. The Norwegian company is, like Loopfront, focusing on reusing building materials. In this interview, architect and reuse adviser Lasse Kilvær talks about how the company works closely with the construction and real estate industry, to turn old habits and drive the industry in a more circular direction.

What is Resirqel working on these days?

The biggest projects we are working on nowadays are large rehabilitation projects. We look at the possibility of reusing products and materials from the projects, but also acquiring materials from other projects. This is valuable, because it sets the market in motion, Kilvær explains.

Do you have any specific strategies for “setting motion in the market”?

We have several, parallel strategies. For example, we do a lot of lectures, teaching and advising in projects. We like to enter in an early stage, to highlight opportunities and perhaps increase the ambitions in the projects a bit.

We work closely with builders and project owners, and try to give them ownership of the project. We also try to work closely with the executing contractors. The more collaboration we achieve, the better processes we get.

If we look at the slightly larger strategies, we’ve spent a lot of time highlighting problems in relation to the interpretation of the regulations. Loopfront has also been involved in this. And we feel now that we have a nice dialogue going.

What will these changes in regulations mean to you?

We don’t know yet exactly what the new guidelines will mean. But the big change, as I see it, is that we will have a clear message to go in the direction of reuse and circular economy. The government and civil service will be on our side now.
Perhaps even those parts of the industry that have been skeptical so far, can see that now there are opportunities.

"The government and the civil service will be on our side now."

There have also been clear signals that rehabilitation will become easier; commonly, to meet modern requirements in old buildings, one has to make unnecessary big alterations to it.

Manufacturers could also play an important role in this, by bringing their recovering their own goods and reuse them. Several manufacturers have already begun to incorporate reused, recycled materials, and combine them with new ones.

I think all of this is an important distinction in the development of a circular construction industry.

I do hope that the government manages to follow up on all the initiatives, though. The talk of increasing CO2 taxes for instance; it’s important that money is directed into developing sustainable, circular solutions (as has been signaled), and that we don’t spend it to relieve emissions. There must be an actual cost to releasing greenhouse gases into the atmosphere.

Despite all the green signals from the government, there are still some out there who perceive reuse of building materials as almost impossible. What would you like to say to them?

I understand them completely. I’ve met many who have spent their own time on this issue. They have worked for a long time, trying to make something happen - without so much happening.

“It’s important to limit the risk by planning early, obtaining a good overview and involving everyone carrying out the project“

You end up in a pinch between regulations, a lack of incentives and a process where you may not be allowed to do much. So you get frightened, and don’t want to try again.

Therefore, it’s important to limit the risk by planning early, obtaining a good overview and involving everyone carrying out the project. Mapping is an important part of this, and all too often it happens later in the process than what’s ideal. We would like to start before the demolition contract is signed, so that we can participate in the formulation.

How can we reduce the risk in reuse projects?

It depends on what the process looks like in the first place. But in general, it’s important to reduce the risk for everyone involved. To do that, there must be a more transparent process.

“Those who dare to take a chance now, will have an advantage later“

Building experience will also help. Those who dare to take a chance now, will have an advantage later. Because the transition is coming, it has already begun. We must reduce emissions. Reuse and circular design must be a part of it, if we are to achieve the goals we have as a society. Both in Norway, Europe and the rest of the world.

Resirqel and Loopfront are both working to achieve a more circular construction industry. What do you think will be the most important thing we do in the future - Both together and separately?

What we have in common is that we try to streamline the processes, reduce costs and make information more accessible. That work is important, because this is what separates the unique projects from everyday architecture.

The ambition must be to create procedures and guidelines that are so good, everyone can benefit from it. Potentially, reuse should be a win-win for the entire industry:

But the most important job we do, is to always deliver quality projects, so that those involved want to do it again. That’s the only way forward.

Does your project have environmental ambitions? Start simple,

by mapping material in Loopfront!

Circular economy is on the agenda of everyone in the building and real estate industry. Still the ...

See how the public sector is investing in reuse with Loopfront

In February, Klimapartnere launched a new map service called klimakartet.no, which shows the ...

Digitization and documentation for a circular construction industry at "Arendalsuka"

For those of you who didn't get to participate at Arendalsuka, we have made a summary of the most ...