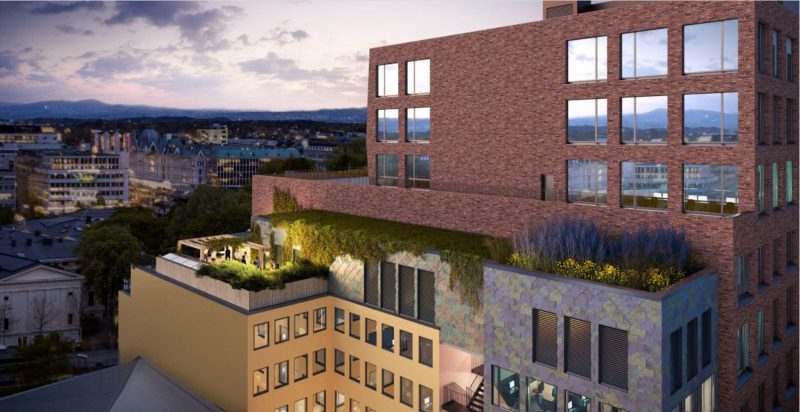 The 23rd of April, the World Green Building Council held a ThinkTank webinar on circular economy, as a live-streamed seminar. One of the presenters in the webinar was Trond Simonsen from Entra ASA (real estate company) who is currently working on an ambitious pilot project where they are renovating Kristian Augusts Street 13 in Oslo (KA13) using a large proportion of recycled materials. In addition to lectures on the EU's new Circular Economy Action plan, KA13 was presented as a concrete example of a sustainable alternative to demolition and construction with new materials.

Trond Simonsen, who is Head of environment at Entra ASA, says that they want to be a role model when it comes to environmentally friendly solutions, and that they have a social responsibility to change the construction and real estate industry's impact on the environment. In order to achieve the goal of more than 50% recycled materials, all parties involved had to think unconventionally and find alternative solutions for the available resources. This involves the architects, the building engineers and the general contractors, as well as the tenants of the building, who wanted a unique concept and had the opportunity to be active participants in the designing process.

In addition to the local re-use of pre-existing elements in the building, a number of external building products and materials were used. At FutureBuilt's digital construction site survey in KA 13 on May 14th, 2020, a number of solutions in the building were presented. Håvar Haugen Espelid, project manager at Entra, explains that all recycled steel and concrete have been analyzed and documented by SINTEF, and that they have otherwise used consultants who have calculated the capacities and tested the building elements according to technical regulations. Among many examples of re-used materials are the hollow core slabs from the government quarter which were installed over plans 5 to 8 in the KA 13-building. These were tested and documented for technical properties and absence of environmental toxins according to today's requirements.

A brick wall consisting of bricks from several different buildings has also been constructed. The material has also been tested by SINTEF to find relevant technical properties that meet today's TEK requirements. Since the wall is adjacent to the neighbor building and is also not an exterior facade, it was not necessary to test the thermal properties of the material, even though the bricks were of such high quality that they would probably have met the requirements. 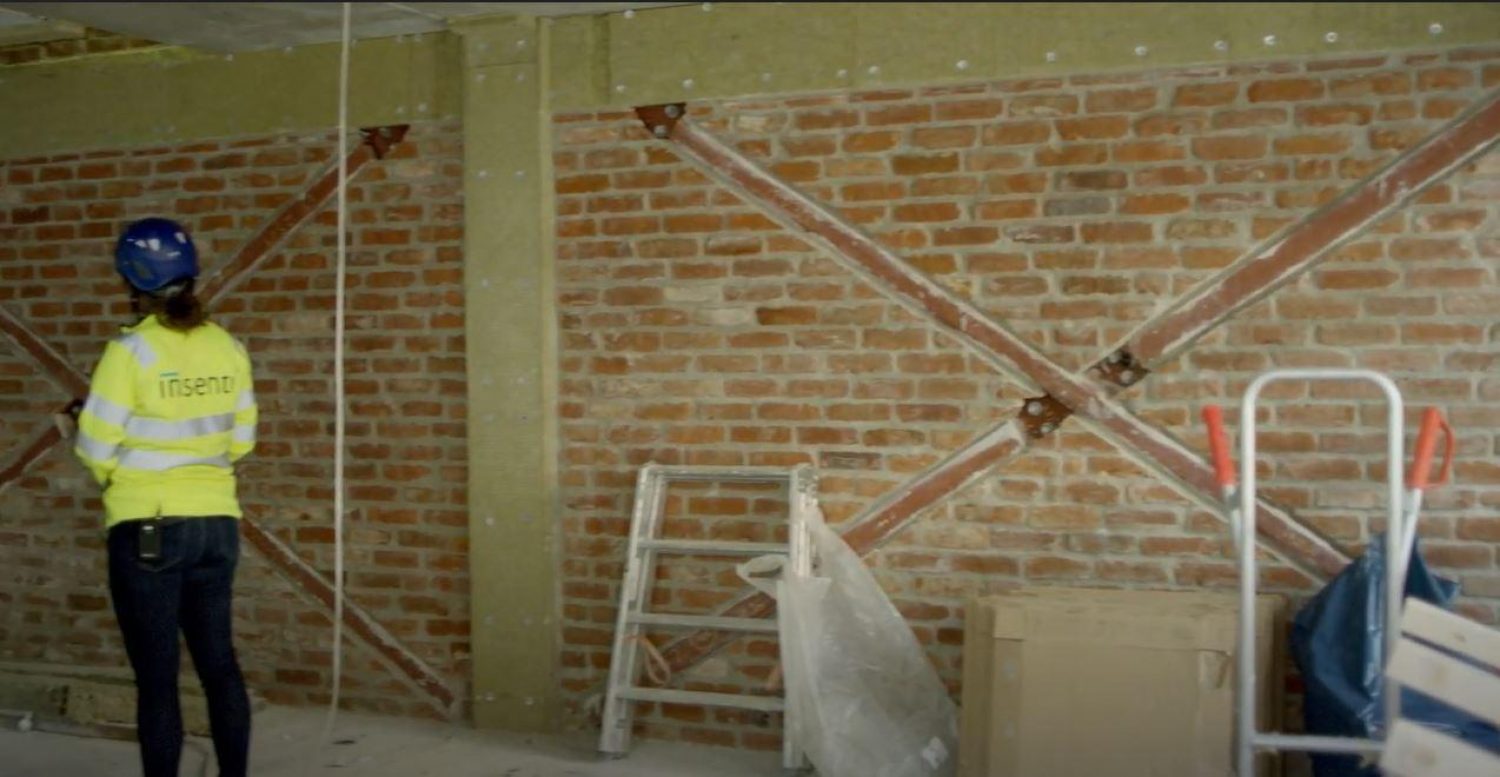 Re-used windows were also installed over four floors, which were obtained from Kvaernerbyen by Resirqel. The windows were of high quality, but their U-value did not meets today's standard, as they transfer a bit too much heat from the outside. The windows could therefore not be installed in every floor, but were used in four of them, where this property did not affect the quality of the rooms.

While the use of materials must be adapted to the documented properties, the design of the building must also be adapted to the available materials. Therefore it is important to be able to think outside the box and find new solutions along the way when building with re-used materials. For instance, sound insulation between the floors in KA 13 has been solved by using large quantities of old ceiling tiles that cannot be recycled and would otherwise have gone straight to landfill. When you use a range of various elements from many different buildings, the design result can end up quite unique. For KA 13 this can for instance be seen in the combination of modern features and the original 50's interior of the building. As well as the distinctive composition of tiles in different colors and shapes in the wet rooms.

Since the project is Norway's first full-scale re-use project, this is a learning process for both project developers as well as all the other actors involved. KA 13 is an ongoing project, which will result in a report that will include information about material use, carbon footprint and financial costs. Both the temporal and financial costs associated with such an ambitious pilot project are used to create routines and experiences that Entra will be able to share with the rest of the industry afterwards. KA13 is an example that shows us that re-use is possible in practice, and paves the way for the construction industry to be able to find more cost-effective solutions for future re-use projects.

We have used SINTEF when we had to obtain documentation on qualities of e.g. steel and concrete, documentation that cannot be obtained in other ways than thorough analysis. Otherwise, we have used consultants who have calculated the capacities and checked the building elements according to technical regulations.

Circular economy is on the agenda of everyone in the building and real estate industry. Still the ...

Everyone is allowed to sell used building materials

The pilot project Kristian August Gate 13 (KA13) is an ambitious reuse project where Entra is ...

KLP is taking the step towards circular property management